Our Diamond collection redefines the traditional jewellery in a modern context. Our heritage inspires the future and the finest work of art that city has to offer. We would love to have you at our flagship boutique in South Mumbai.

Diamond is one of the best known and most sought-after gemstones. They have been used as decorative items since ancient times.

The hardness of diamond and it’s high dispersion of light-giving the diamond it’s characteristic fire making it useful for industrial applications and desirable as jewellery.

Our diamond comprises of all the four qualities essential to have in  a diamond : clarity, cut, carat and color. We have numerous other option exclusively handcrafted to your needs by our experts. 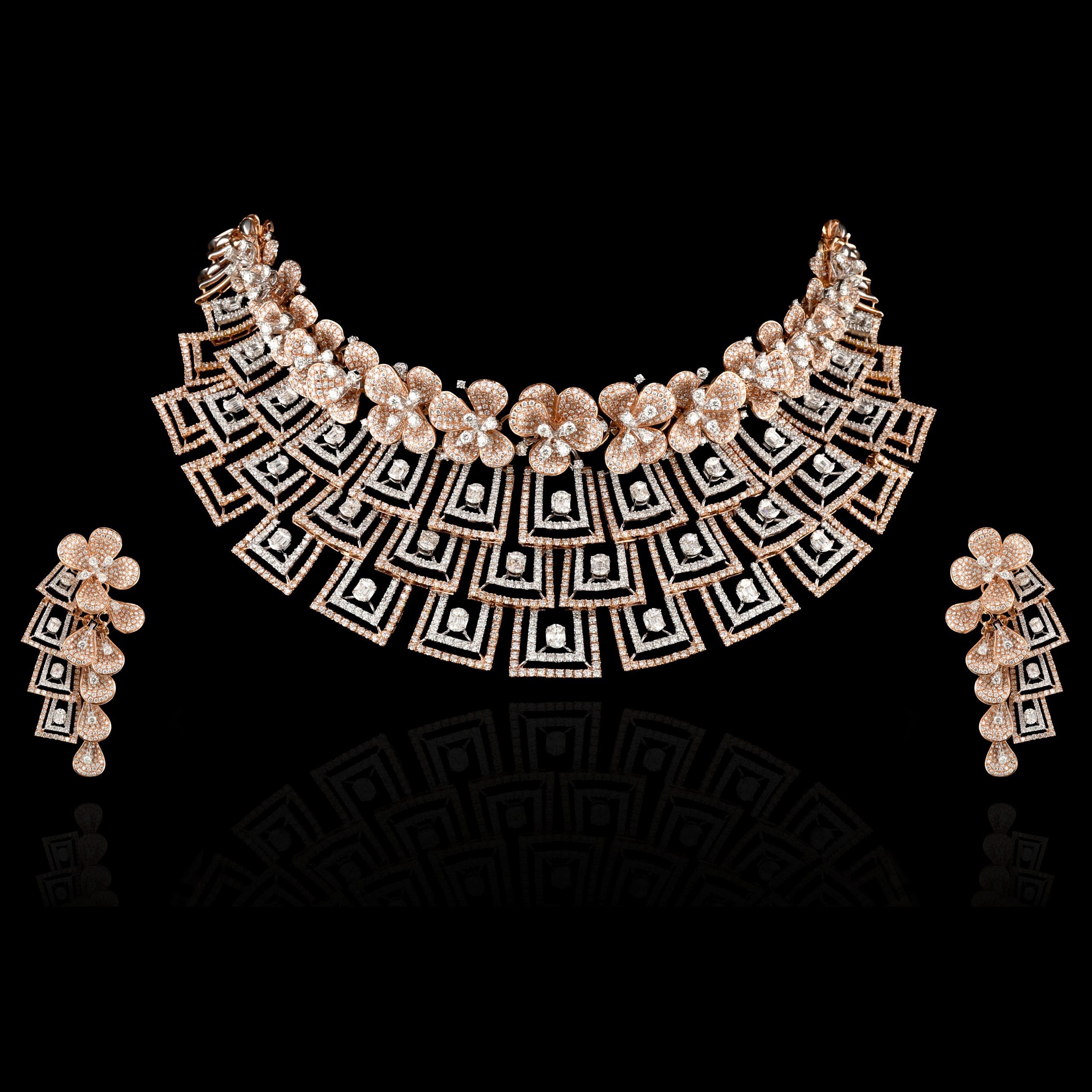 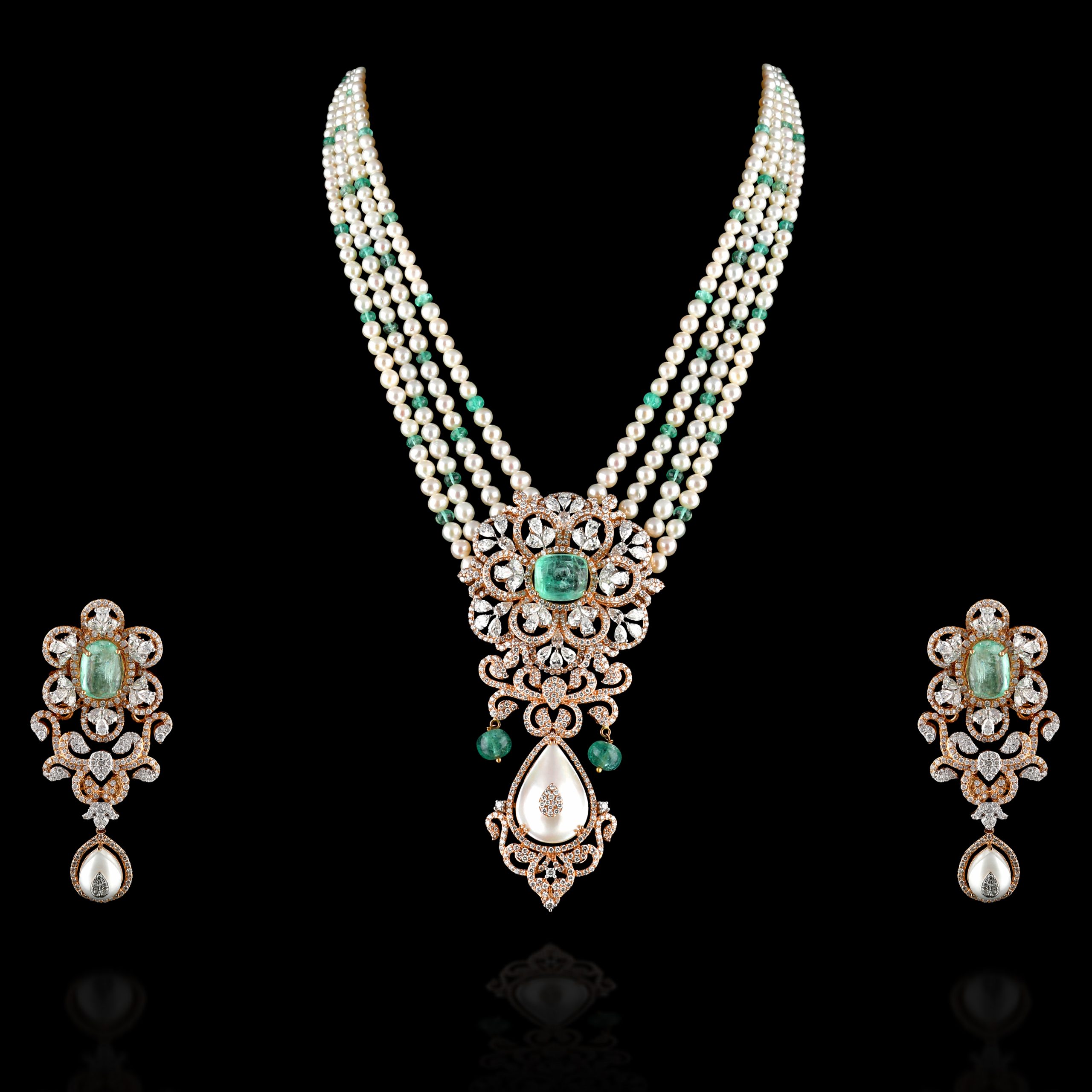 Diamond is a solid form of the element carbon with its atoms arranged in a crystal structure called diamond cubic.

Diamond has the highest hardness and thermal conductivity of any natural material,

properties that are used in major industrial applications such as cutting and polishing tools.

They are also the reason that diamond anvil cells can subject materials to pressures found deep in the Earth.

Because the arrangement of atoms in diamond is extremely rigid, few types of impurity can contaminate it (two exceptions are boron and nitrogen).

Most natural diamonds have ages between 1 billion and 3.5 billion years.

Most were formed at depths between 150 and 250 kilometres in the Earth’s mantle, although a few have come from as deep as 800 kilometres (500 mi).

Under high pressure and temperature, carbon-containing fluids dissolved various minerals and replaced them with diamonds.

Much more recently (hundreds to tens of million years ago), they were carried to the surface in volcanic eruptions and deposited in igneous rocks known as kimberlites and lamproites.

Synthetic diamonds can be grown from high-purity carbon under high pressures and temperatures or from hydrocarbon gases by chemical vapor deposition (CVD).

Imitation diamonds can also be made out of materials such as cubic zirconia and silicon carbide.

Visit our flagship store in South Mumbai to choose from our wide range of Gold, Polki & Diamond Rings, Earrings, Pendants, Bangles, Bracelets, Necklaces.
Whatever may be the occasion, date night, wedding or any occasion, at Shobha Shringar Jewellers, you’ll find your favourite jewellery as you like it.